Every trip (the ones I take, at least) starts with a doubt. Always. The trip to Shimane, in Japan, did too: How do I come up with a narrative idea about a place that has been described many times over without using a cliché? How to tell, what to tell and with whom to tell things about a land and a people that leave most of us westerners breathless?

Thanks to the help of local colleagues, in this trip I found some possible answers:

A scarcely known place: Shimane, one of the less populated and less known areas of Japan.

A set of unusual characters: the craftspeople building everything you see on the stage of this traditional theater show, the artists behind the masks, the costumes and dresses.

An attractive medium: collage. It allows me to create a serious method to escape (as far as possible) words which are as beautiful as harmless and images that have been turned into sheer advertisement. It gives me room to maneuver and create, think and tell from a playful place in which I can recompose and manipulate the «reality» I lived and was told about. Escaping pre-made formats full of words and images that haven’t meant anything for a long time. 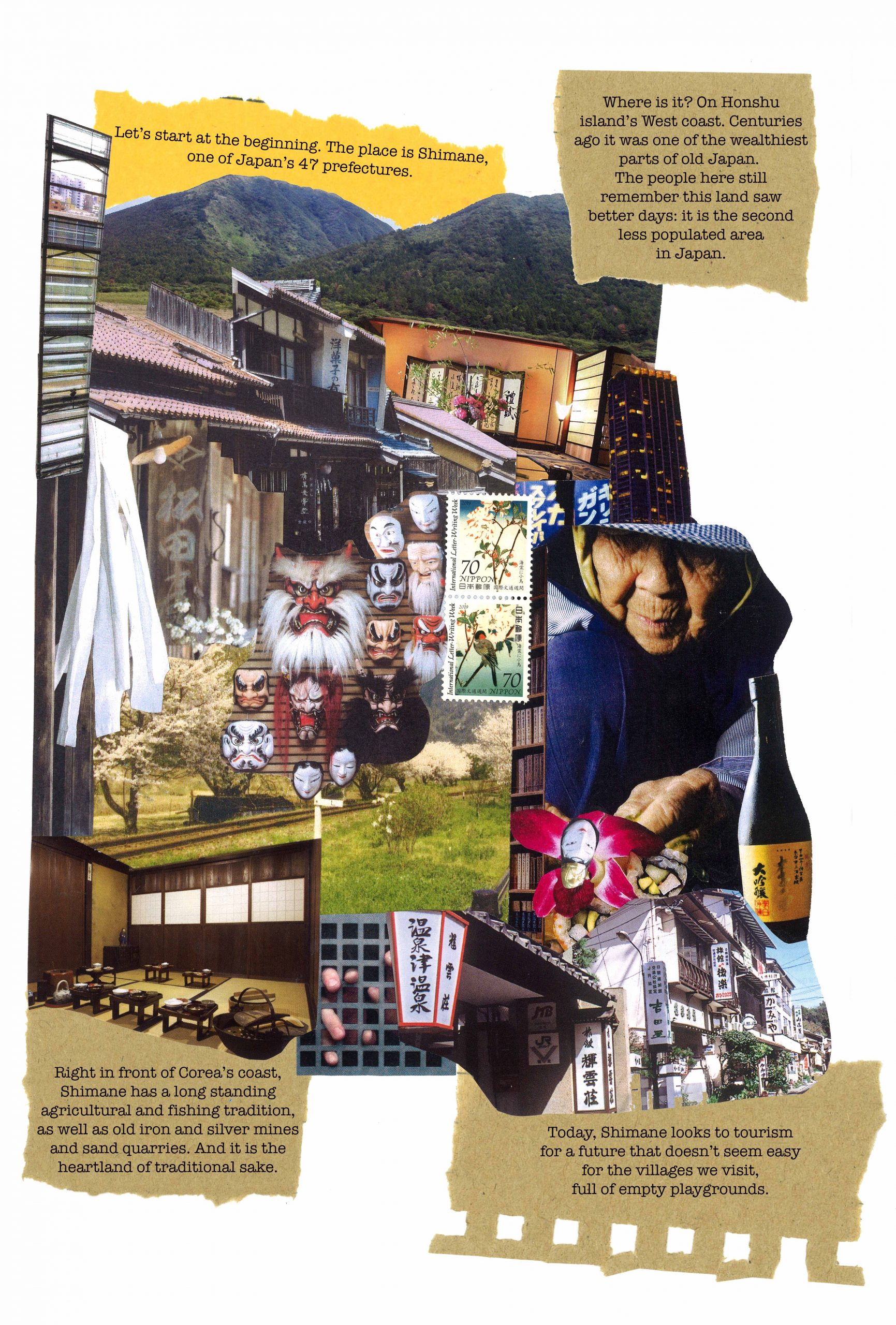 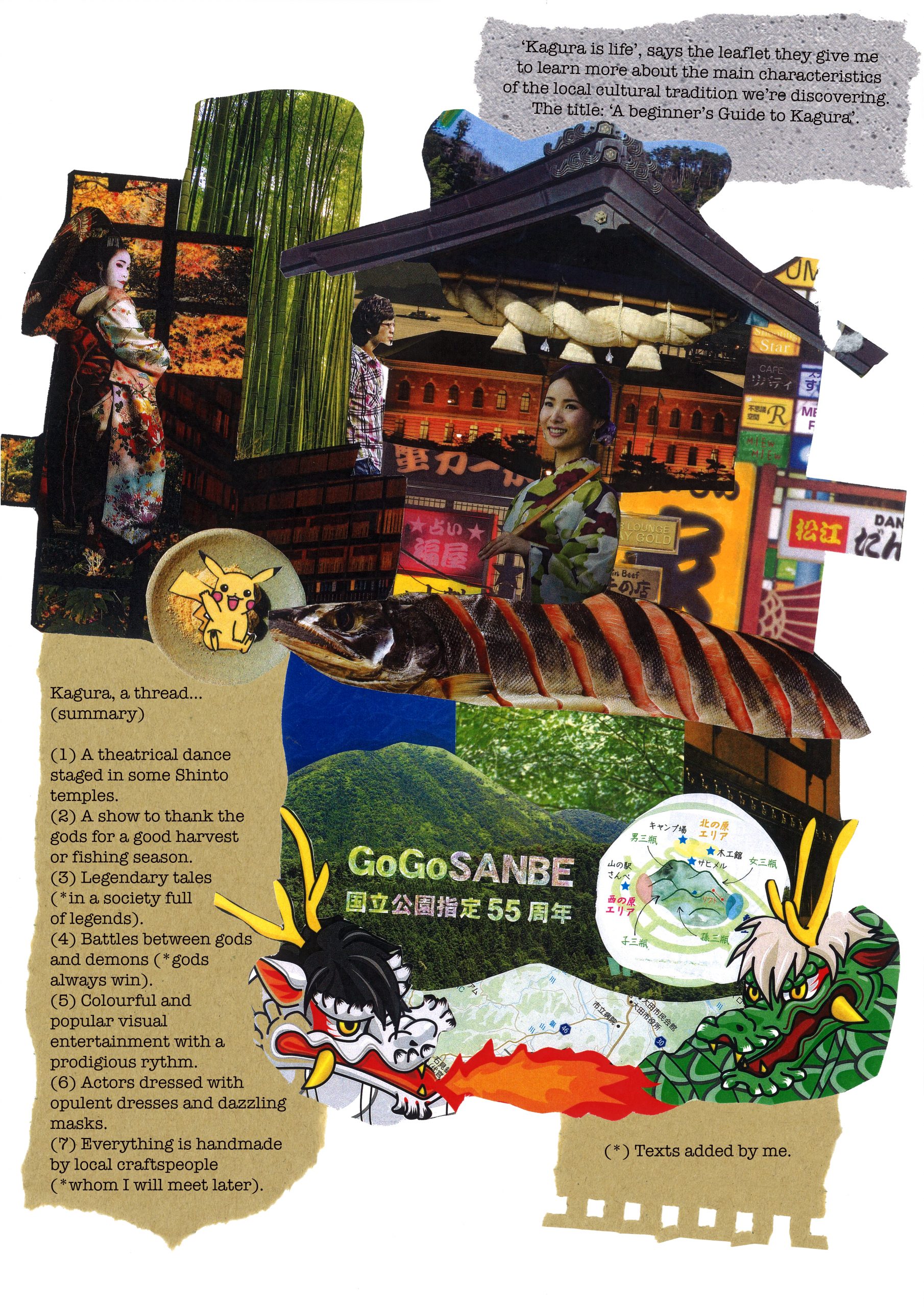 «Kagura traditional theater is like a ritual for Shinto temples. It involves performing legendary tales from Japanese mythology as a way to thank and entertain the gods. It’s about battles between demons and masked heroes, and every part of this corner of Japan, Shimane, has its own regional style. Here, Kagura theater has a lot of rythm, it’s very fast, with lots of movement, and the masks, depicting gods, monsters, monkeys or snakes, have to be both strong and light.» 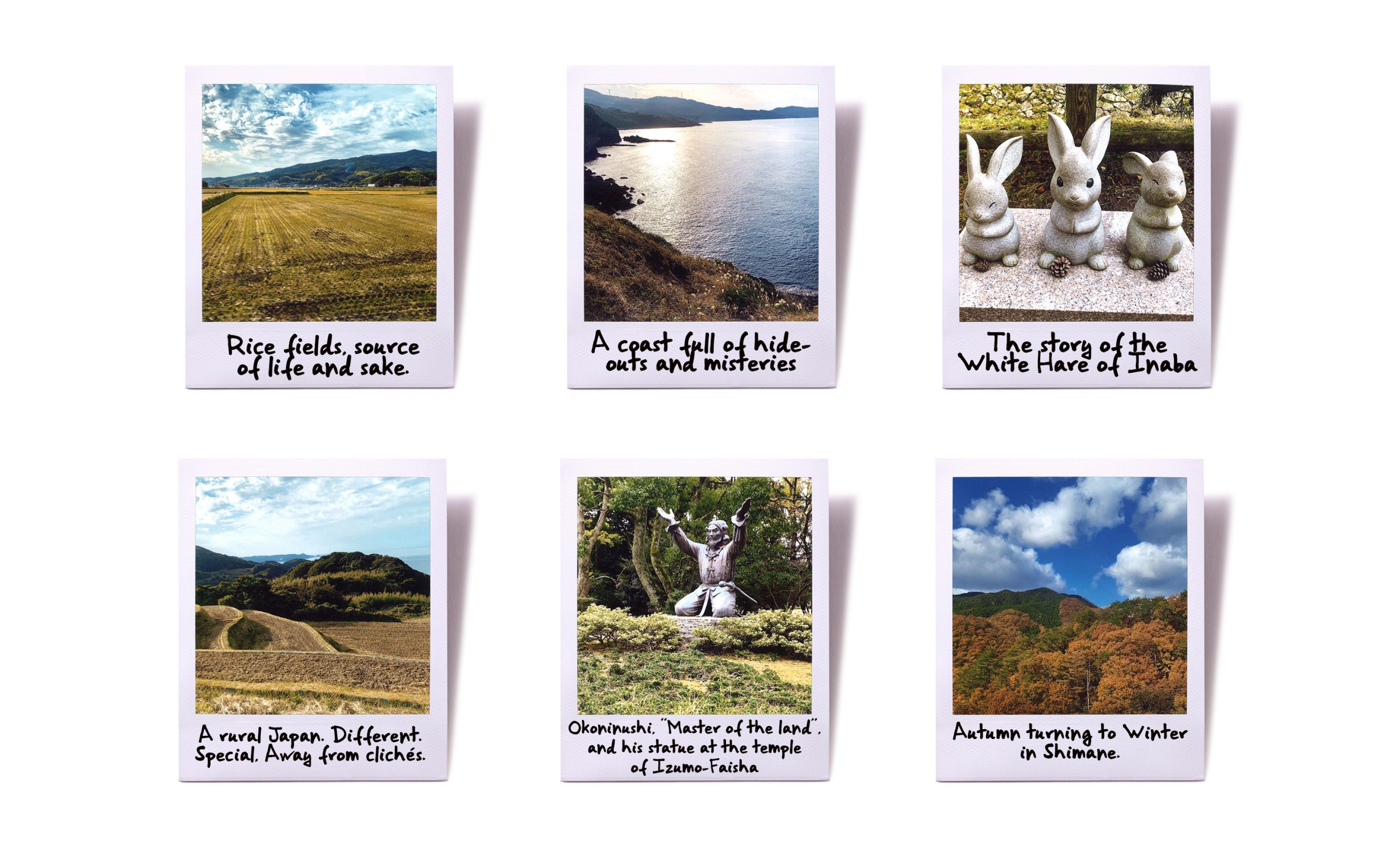 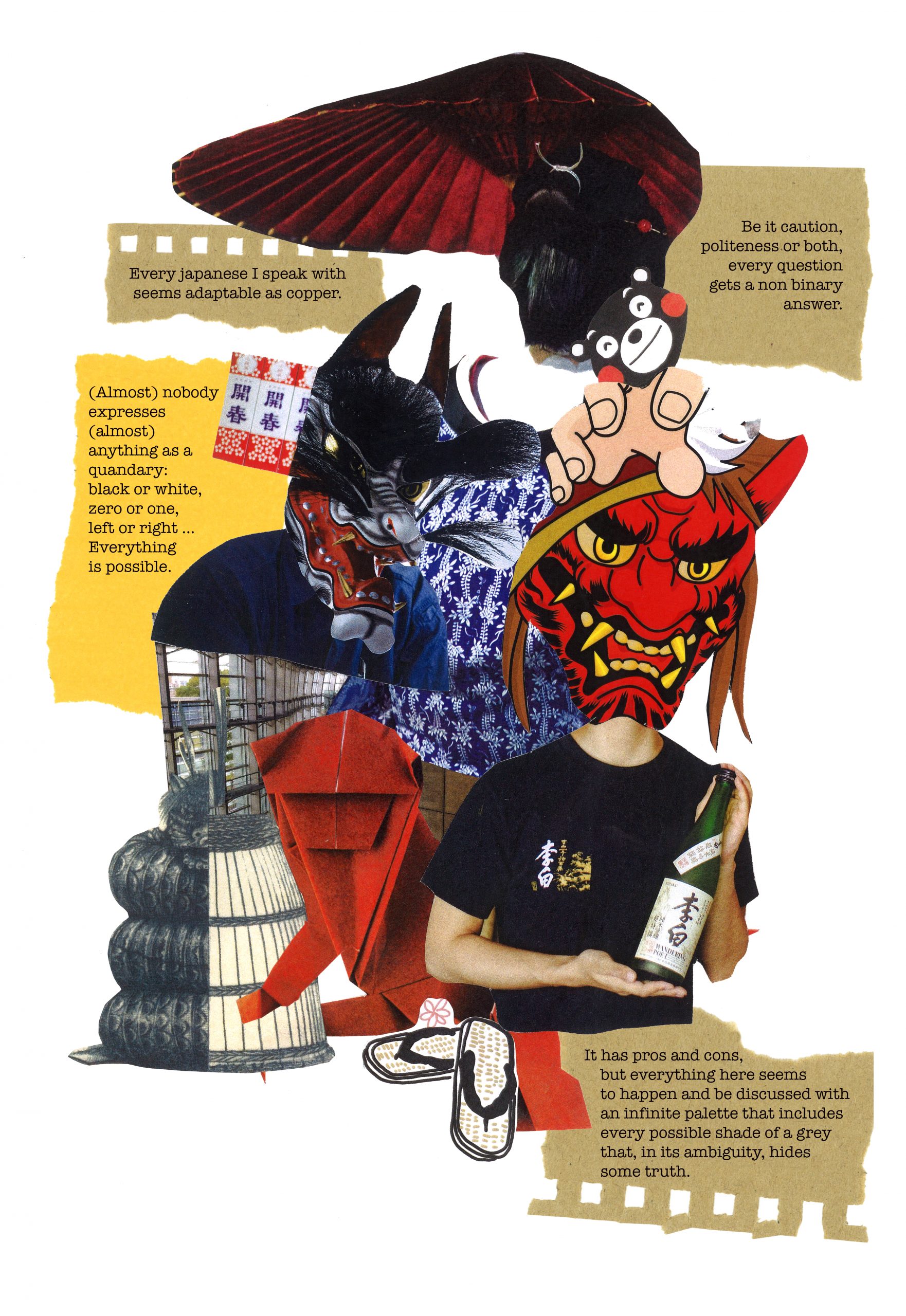 The route of Kagura in Shimane 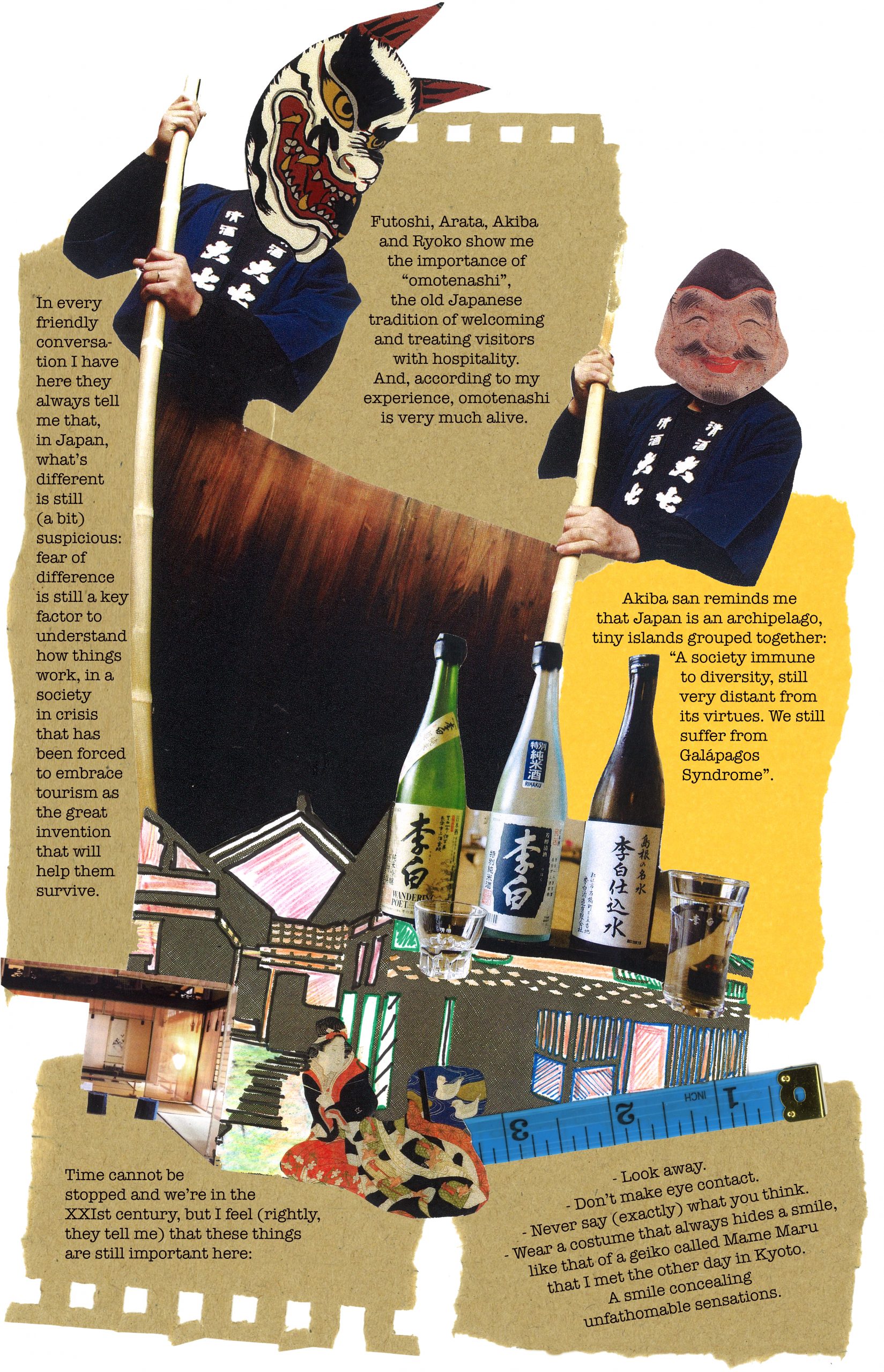 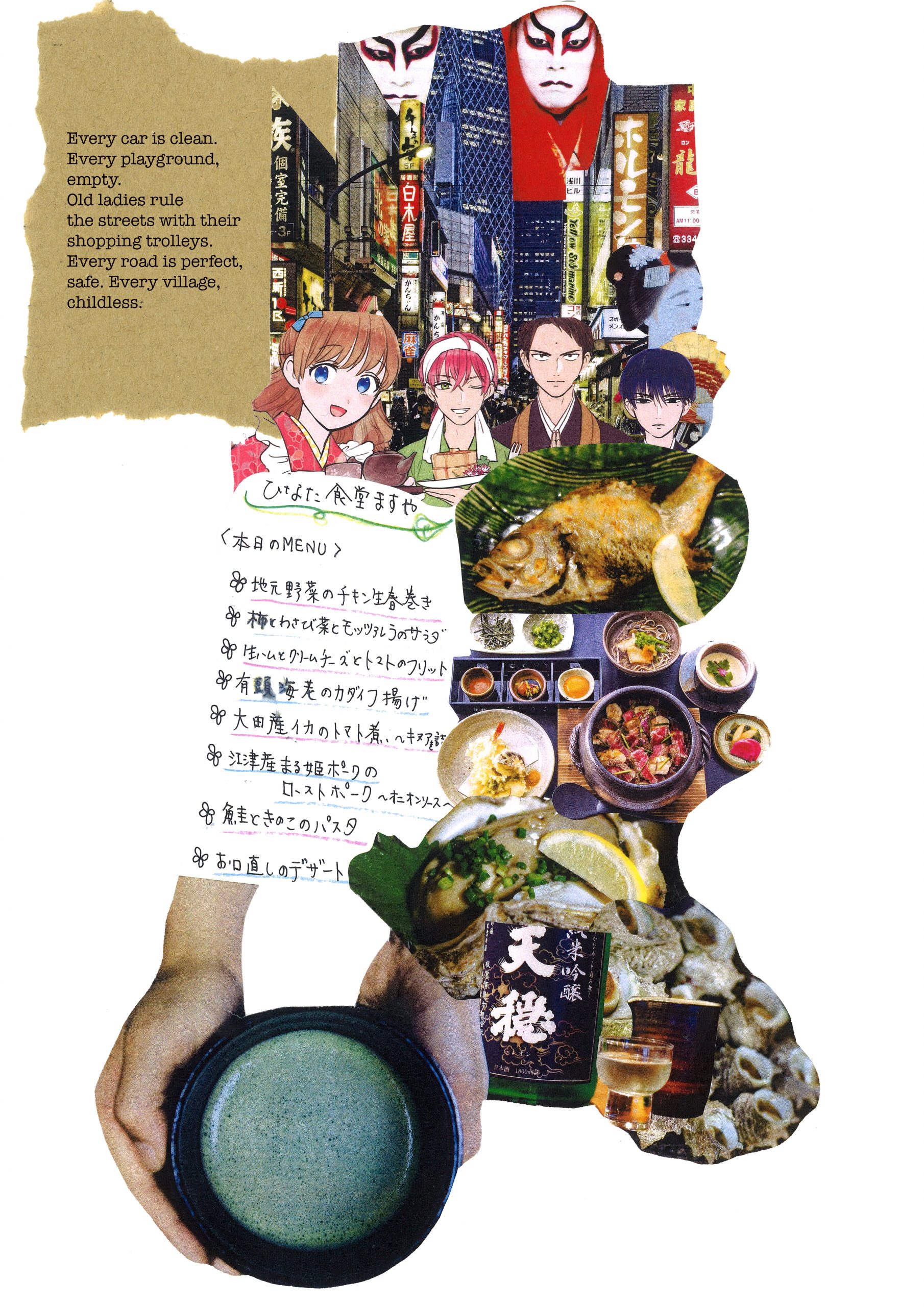 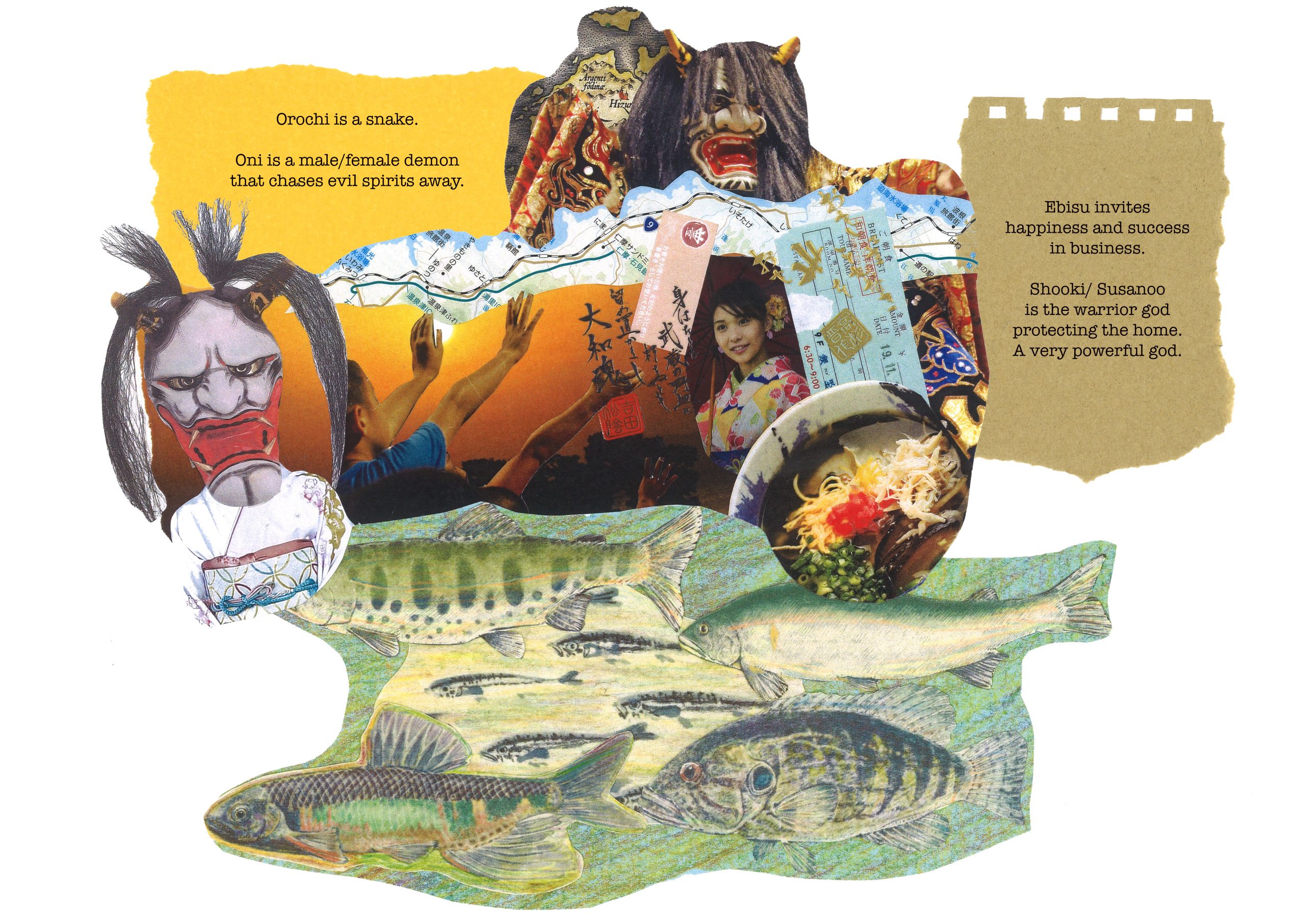 «Kagura theater is not known outside of Japan, but it is very important for our local culture. It’s still fairly popular, even amongst young people. Sekishu Washi is the type of handmade paper that we have made for more than a thousand years in this area, using tree trunks and the leaves of local plants. We also use it to build some parts of the handmade dresses the actors wear, and also the masks, and the tubular body of the dragon-snakes we call ‘Orochi'». 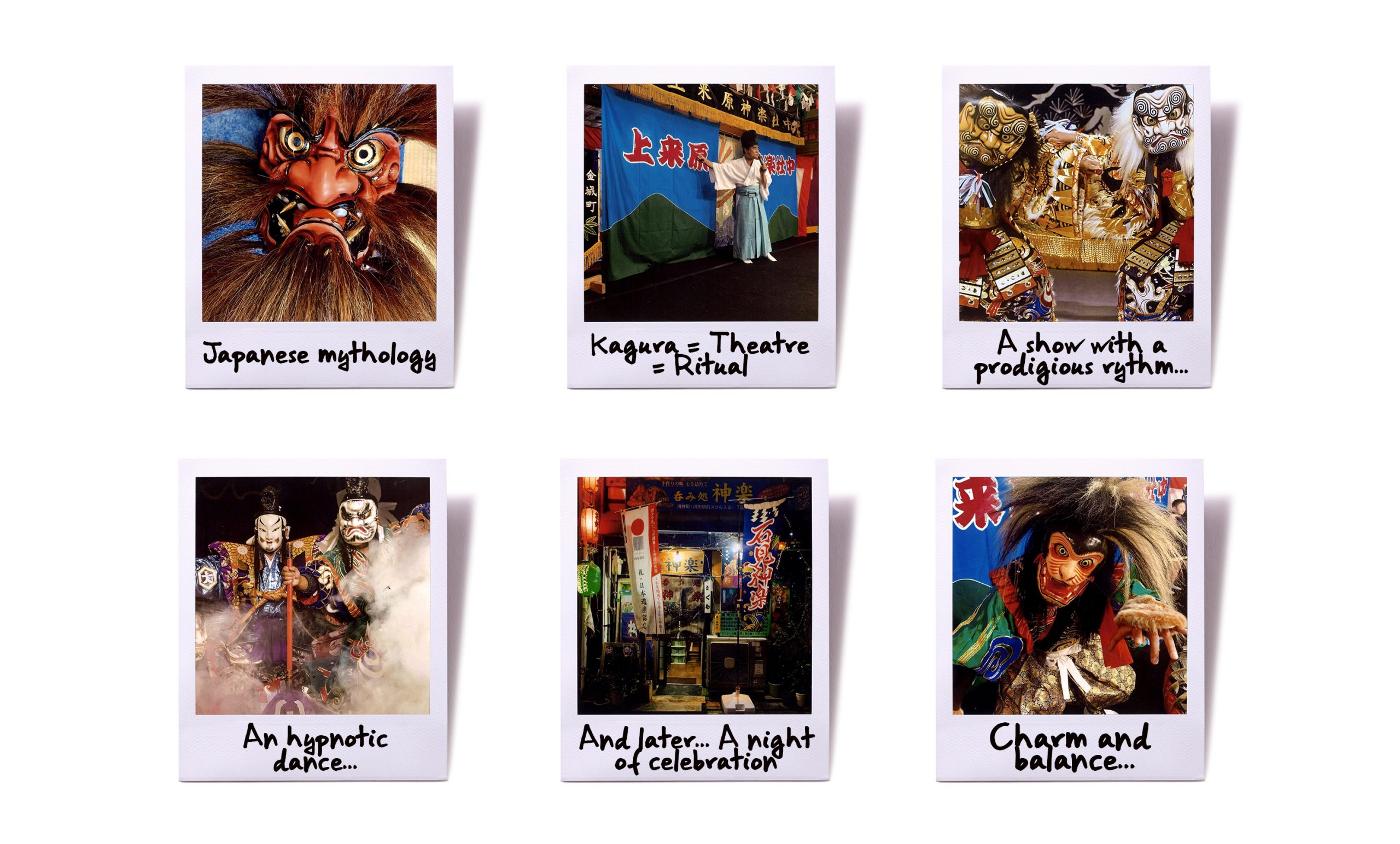 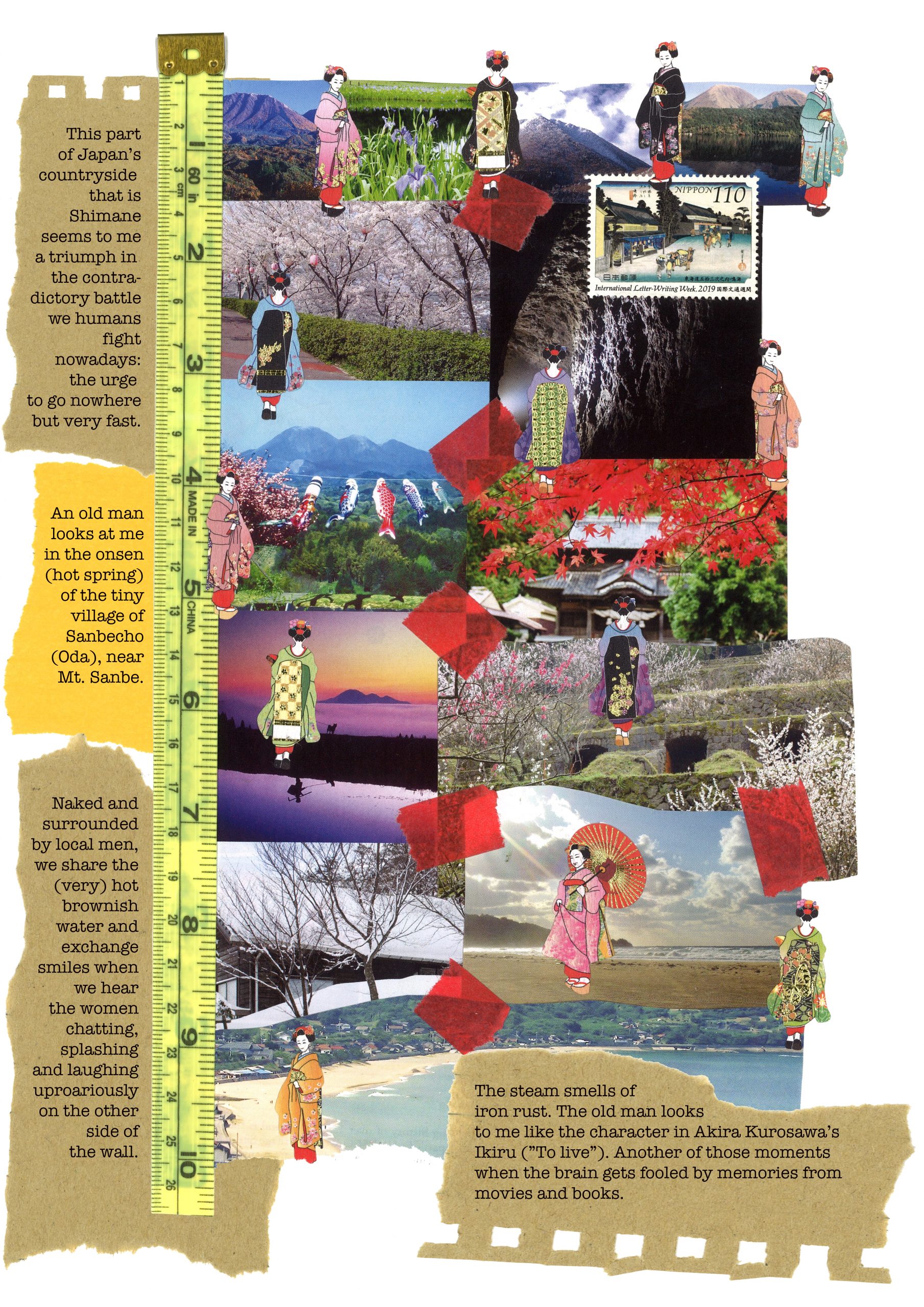 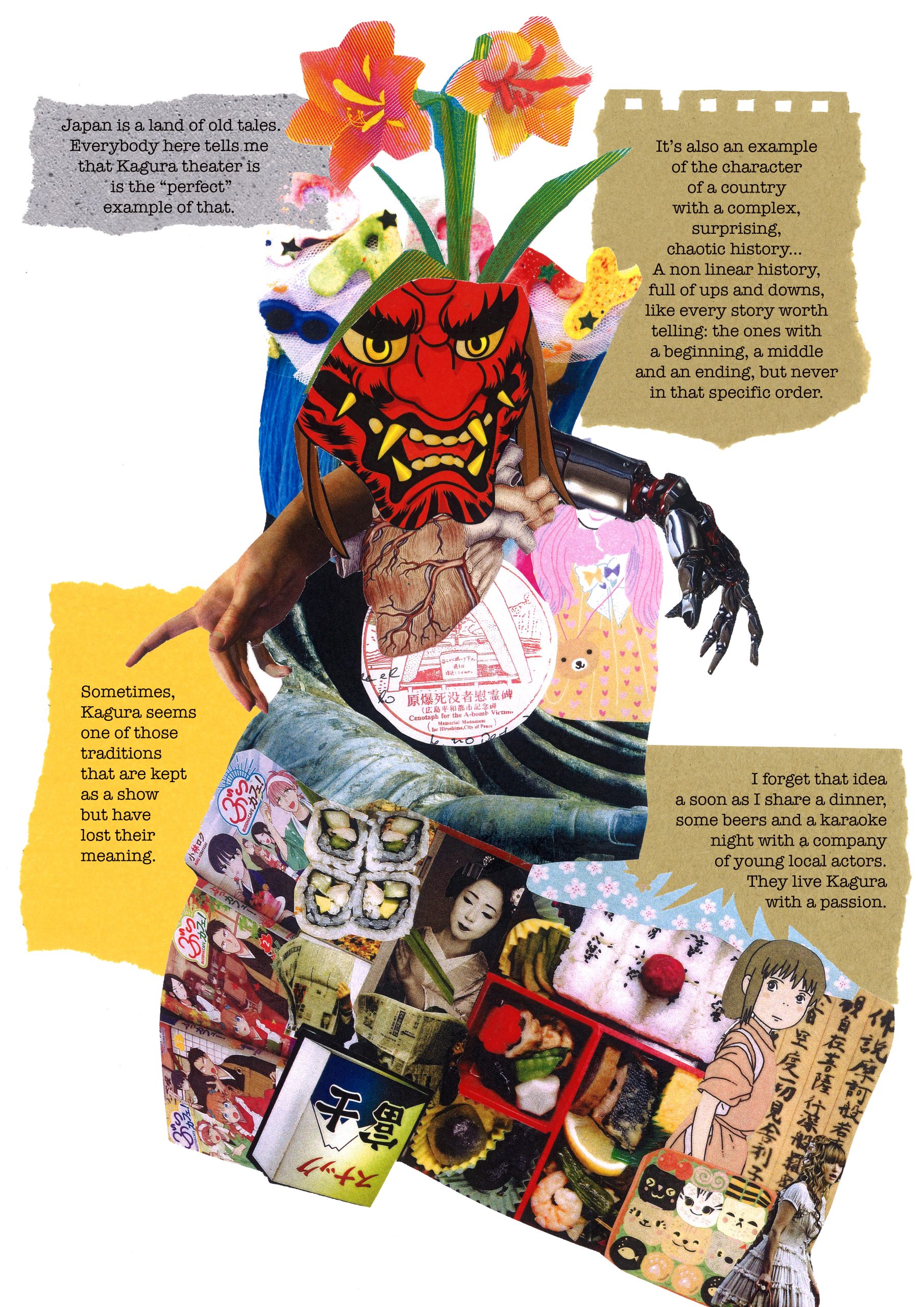 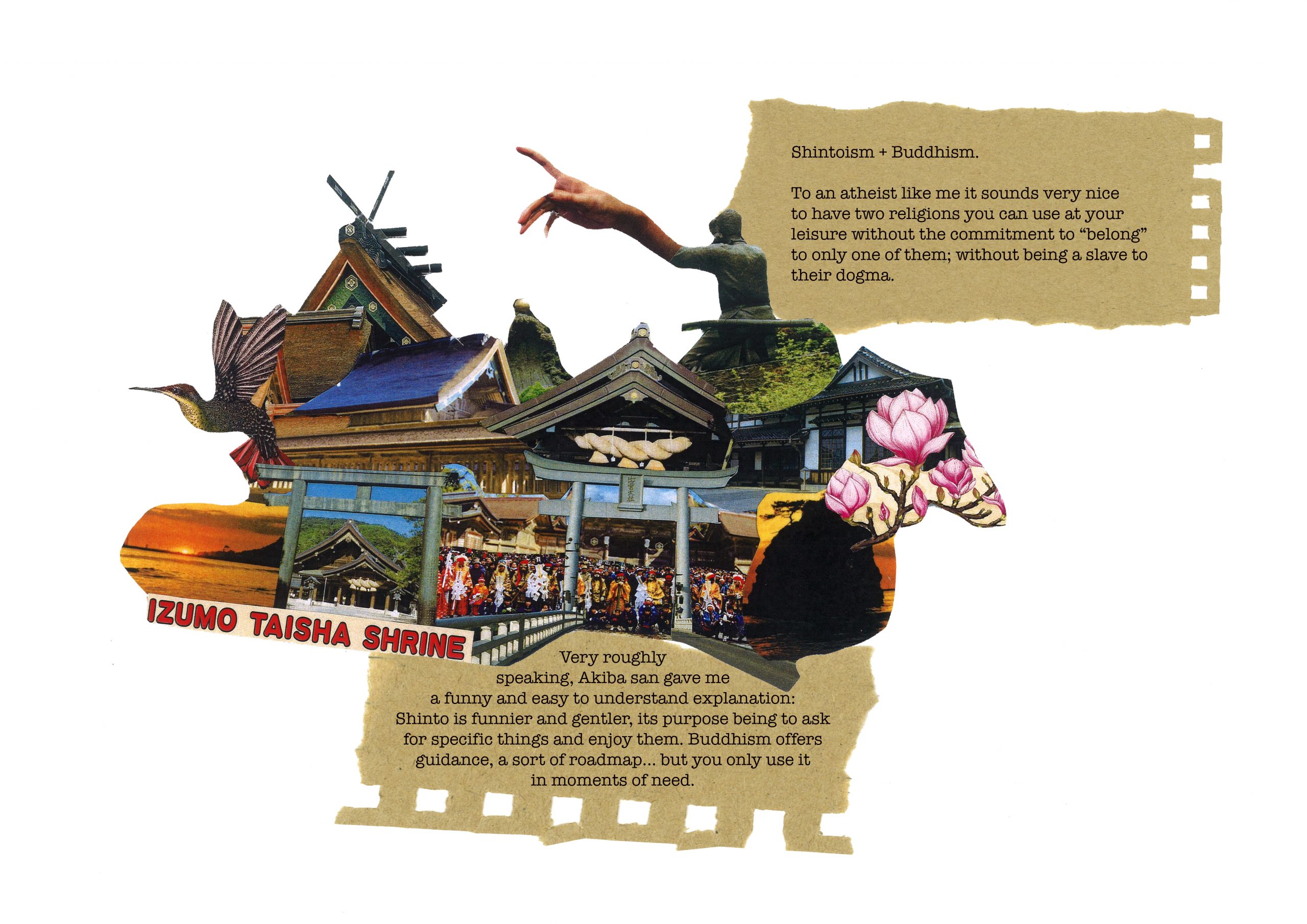 «The dresses are very colorful and have many animal shapes. They are all handmade in workshops such as ours. This warrior tunic, for instance, has many layers of embroidered silk. Dresses also have to allow for the dancers to spin and move. They are big dresses, somewhat heavy, and our job (apart from making them very beautiful) is to make them so they’ll allow for movement, that sort of ballet that actors perform and that usually is the most captivating and surprising element for the audience of the show.» 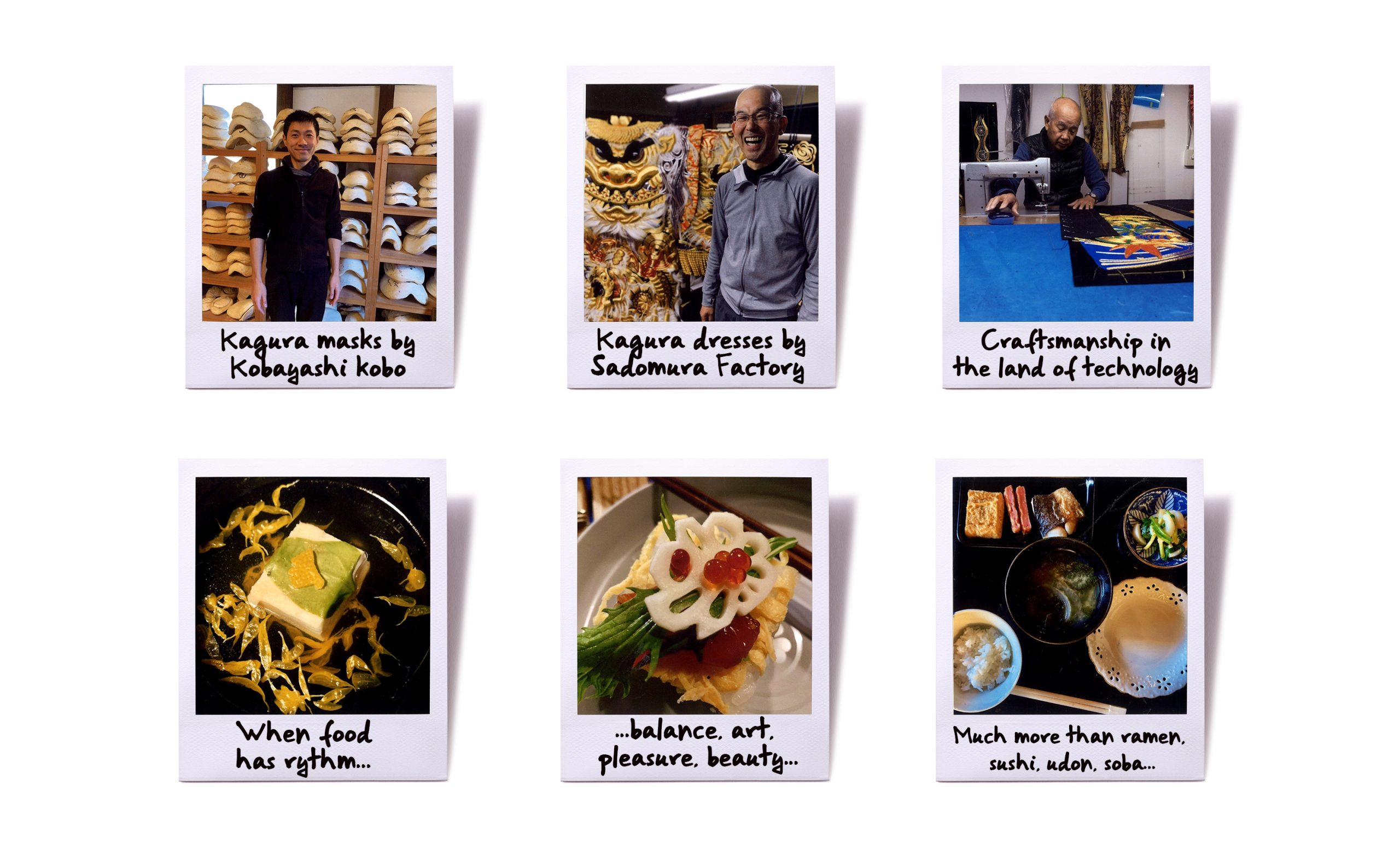 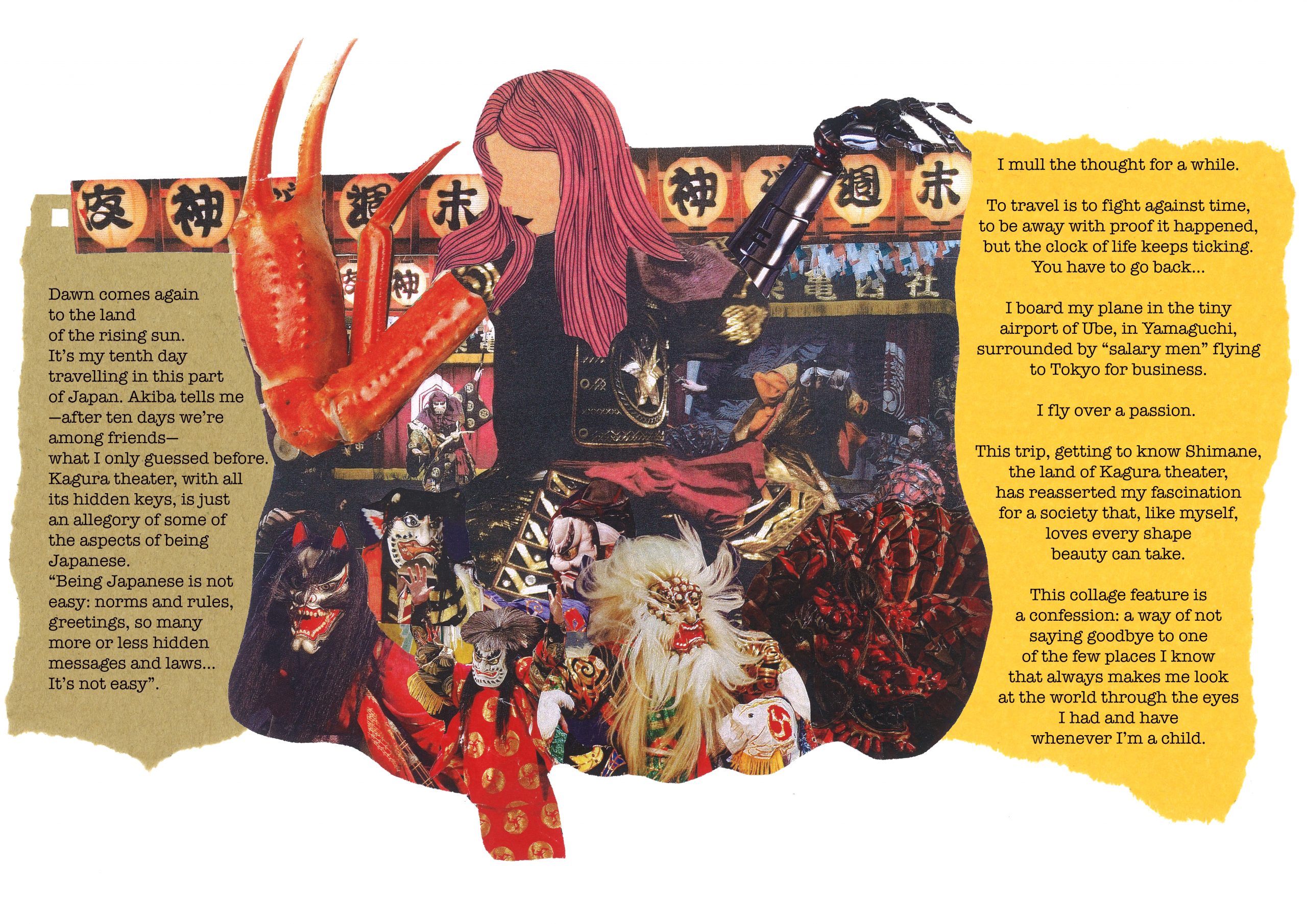 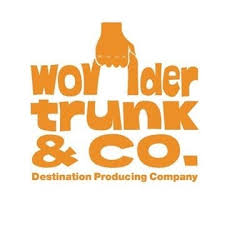 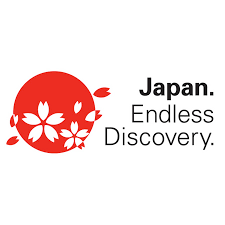 With our deepest thanks to Wataru, Ryoko, Arata, Futoshi, Akiba, Silvia, María and Bárbara.